In line with my recent Nullsec Tours endeavour, I thought I’d add the New Eden Gate as a tour destination, even though it’s in lowsec rather than nullsec. Some non-nullsec destinations are just too good to not include.

The last time I visited the New Eden Gate was back in October 2006: The Gate of New Eden.

I couldn’t sleep. I had dreams of giant gates eluding me, teasing me, forever out of reach. I woke up in a sweat and knew I had to go find it. I don’t know why it calls to me like this, but it does.

A few days ago I revisited the gate, to make safe bookmarks along the route so that I was prepared for taking clients on a tour to the Gate. I was actually quite surprised how quiet it was – there was hardly anyone around along the way. And when I got to the New Eden system it was empty!

This surprised me, because I thought it would be full of tourists. But obviously not.

I found I had some old bookmarks still in my system from 2006, one of which was called ‘closest to gate’. I warped to it and took this photo of the gate that is now a star. 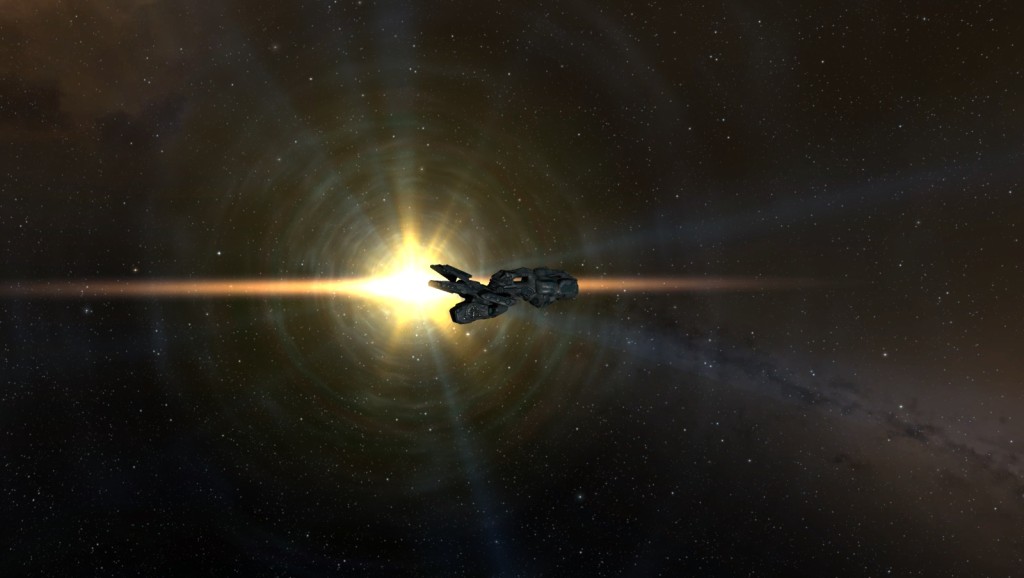 Back in 2006 I did the journey in a Vexor cruiser, which was about all I could fly at the time. Today it’s in my trusty Tech 3 Strategic Cruiser. A much more comfortable ride.

If you’d like a tour of the New Eden Gate, make sure you get in touch with me.