Another day… But today is a very interesting new day. You see, last night I learned something that I didn’t know before. All this time I’ve been travelling from system to system, from gate to planet to gate, avoiding catch bubbles along the way. And you know what I learned?

I learned that my Loki with interdiction nullifier is immune to the effects of catch bubbles. They just fly straight through them.

Ah well, it’ll just make things a bit faster from now on. The real threat will still be interceptors and Heavy Interdictor Cruisers (HICs) with their infinite point scripts, but the latter are mainly used to hold down capital ships to prevent them from getting away. Hopefully I’ll never see one!

Last night, after I reached the end of the pipe, I took advantage of downtime’s after effects to scoot back up the pipe to the edge of where I needed to go, all 20 jumps. (By the way, in a lot of my narratives you’ll find clues as to how you can travel safely through nullsec too. Like, taking advantage of when most people are in bed or after downtime.)

Anyway, on with the journey.

The Gurista approach to piracy is often purely about the bottom line. Whenever the Guristas capture an area, they immediately set about the task of pilfering anything of value. Every last gun emplacement and technological artifact is salvaged, melted down, or sold on the black market. This process continues on every day as Guristas squads roam the State and beyond looking for easy profits. 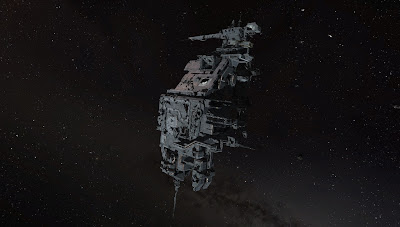 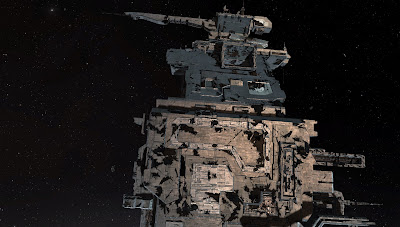 Damn Guristas, ripping apart anything they can find…
From here, after finishing this centre area of the map, I decided to scoot on up to the top right of the map and then follow the pipe across the top towards the left of it.
Oops! Almost forgot a couple. I had to go back down the pipe to visit these two.
And then back up the pipe to continue onwards.
27-HP0- something of interest
Pilfered Guristas Outpost
Another one. I won’t bother with the info, as it’s the same as the one above. In fact, it was also the same kind of outpost, but this time there some kind of energy-charged debris orbiting it. 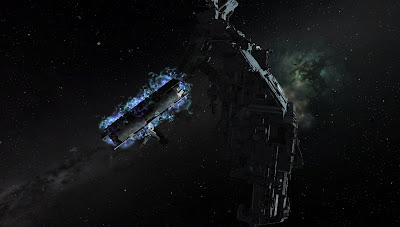 I didn’t stay around for too long though. Seen one pilfered Guristas outpost, you’ve seen them all.
I reached the end of this pipe, the next system led to The Spire, but I didn’t want to go that way. So back down the pipe to head across the top of the map.
LVL-GZ – something of interest
I entered this system through a gate that was different to the ones before it. Ah yes, I seemed to have come into Caldari space.
Abandoned Caldari Outpost

In the early days of its independence, the fledgling Caldari State sought to expand all throughout the New Eden cluster. This era saw many intense bidding wars between private firms for newly scouted star systems; every so often, the owner would be bankrupted by the investment before they could get a return. These half-finished and abandoned projects are now nothing more than litter along the space lanes of the mighty State. 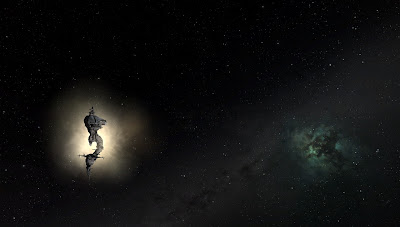 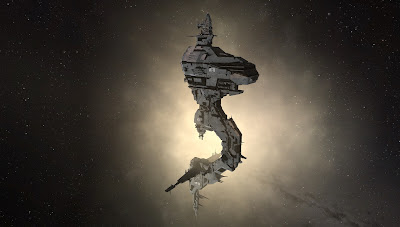 Abandoned Research Outpost
I haven’t found anything like this one before, so I got excited as I was warping to it!

In-space research laboratories are often established to circumvent planetside laws and oversight. As a consequence, an entire research industry has slowly emerged among the stars, often leading the planetside economies in space-related research. One inevitable by-product of this relentless expansion has been the downfall of countless outposts and laboratories, whose empty, pilfered husks now lie discarded and forgotten. 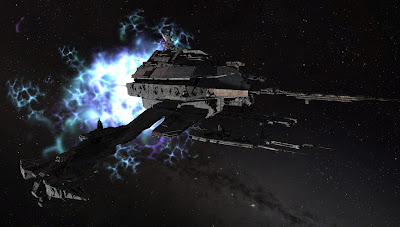 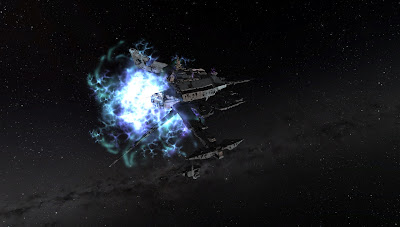 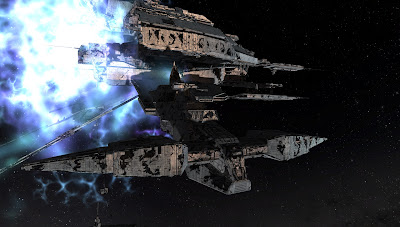 This particular laboratory is easy to see why it’s now abandoned. I wonder how many people died in this failed experiment…

Throughout the history of space flight, countless mining corporations have tried and failed to strike it rich among the stars, fuelled by dreams of lucrative profits and grand adventures. All too often, however, these naive dreams are met with the cold reality of ambivalent police forces and roving pirates that are all too eager to exploit the lax policing. 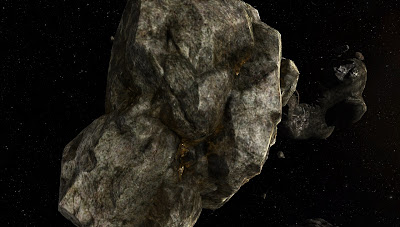 Is that gold in thar? 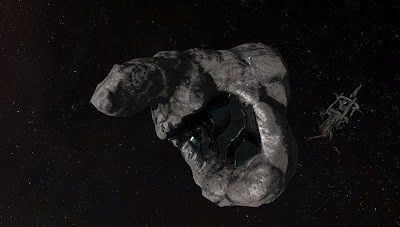 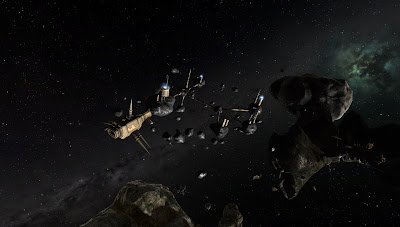 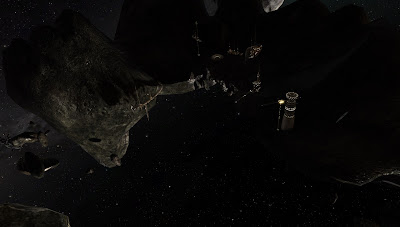 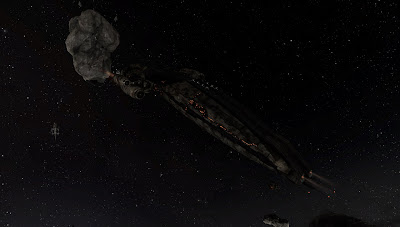 Once I’d finished taking a few photos of the mining colony I went and had a look at the outpost that sitting in this system. It was a different looking outpost to the ones I’d seen earlier. 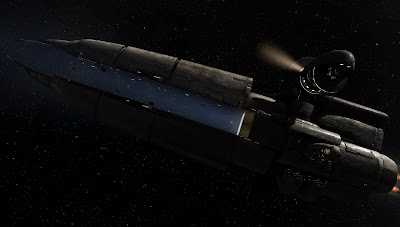 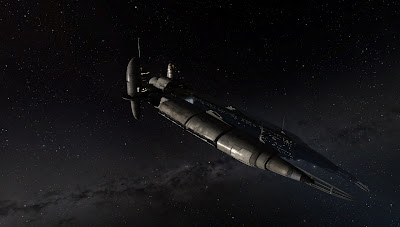 Looked almost like a ship. I like it.
So I arrived into RERZ-L, and there’s something of interest – a Natural Phenomena.
But I’m tired. Before I go investigating that, I’m going to have a sleep. See you tomorrow!
Bookmark the permalink.