It’s been an exciting day with promoting this on Reddit. I’ve been really surprised and happy with the level of interest and encouragement. I was expecting a rabid bunch of TESTers wanting me dead (they probably do anyway), but it’s been completely the opposite.

So after catching up with the feedback in the Reddit discussion, and updating my character bio (it’s pretty cool. You’ll have to check it out in-game 🙂 and discovering I can put an MOTD into the corp channel (that wasn’t there the last time I was playing!), I continued on the journey.

Here there was another landmark, an abandoned mining colony.

Throughout the history of space flight, countless mining corporations have tried and failed to strike it rich among the stars, fuelled by dreams of lucrative profits and grand adventures. All too often, however, these naïve dreams are met with the cold reality of ambivalent police forces and roving pirates that are all too eager to exploit the lax policing.

While I was getting my camera drone to secretly followone of the Gist Commander’s ships orbiting the abandoned colony, I was hailed by a fellow by the name of Kano Donn, who announced himself as an assistant to his alliance’s Director of War. His alliance is the Cluster Fuck Coalition.
I’ll talk more about that discussion in a separate post. For now, have a look at some photos instead. 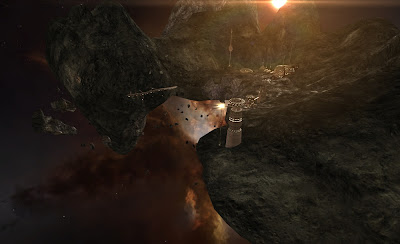 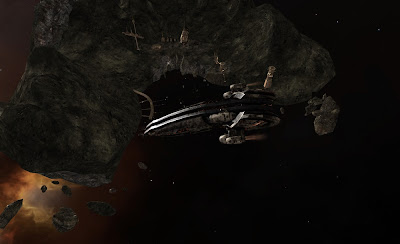 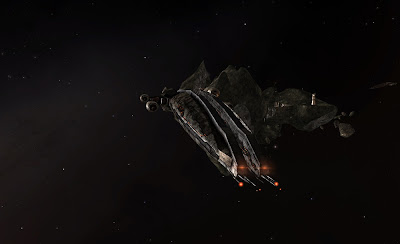 After the photos, I bid farewell to 56D and moved on.

Now THIS system had something of interest – an Abandoned Battlefield!  I quickly flew to have a look.

After thousands of years among the stars, the space lanes of New Eden have become littered with the presence of countless battlefields. The twisted and gnarled hulls of defeated vessels float in silent memory of humanity’s endless capacity for violence. 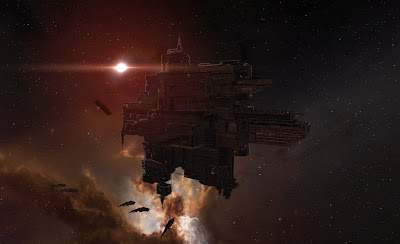 There were a few wrecked and stripped Minmatar dreadnoughts, rolling listlessly in space next to a huge Minmatar space station, also wrecked and stripped of just about everything. I wondered what kind of battle occurred here that left these dreadnoughts destroyed.
Unfortunately, most of the pictures turned out really bad. Minmatar ships seem to hide themselves in space, even when in direct sunlight. They’re just so dark!
Does anyone know how to improve the quality of the camera drone to take brighter pictures and improve screenshots without getting rid of the shader settings?
The journey continues… I think I can complete Great Wildlands tonight!

I found another battlefield in this system, so we set off to take more photos. This one was a little more interesting than the last one, with better lighting and composition available.
While I was taking some photos, a few guys from the Why So Serious alliance passed through. I tried saying hi and asking for some news of the area, but they wanted 50 million ISK for information. I figured that was just silly, so of course I didn’t pay it. They moved on, and I continued taking photos. 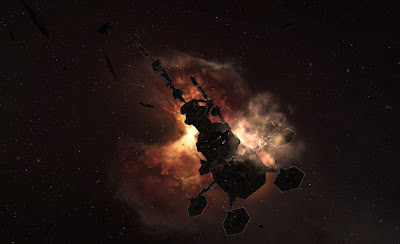 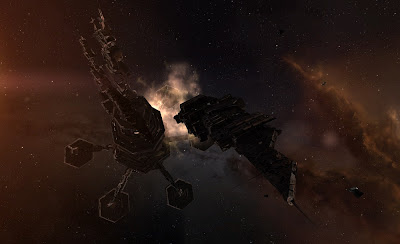 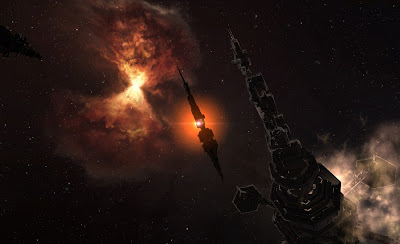 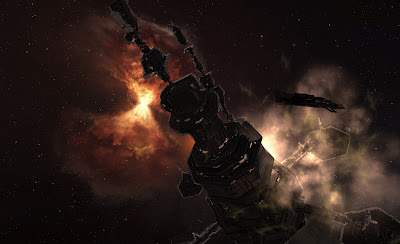 Once we took the photos, we continued on once again.
With EOE3 being a dead-end system off the main pipe, I had to come back into P7UZ to continue on up the pipe. I was surprised to see a few Northern Coalition. guys in here, considering I hadn’t seen anyone for a LONG time. I thought NC. were supposed to be up north of the galaxy. I guessed they were a little off course. I didn’t think much of it, but I hung out near a planet until things got quiet again.
They moved on but then a couple minutes later another small fleet entered the system. Gee, it was suddenly busy around here! Probably because I was close to various entry points to the Metropolis, Geminate, Cache and Scaling Pass regions. It was probably going to get even busier as I got closer to them!
The new guys were from Against ALL Authorities. They asked me if the NC. guys had passed through the area. I said they had, about 2 minutes prior. They thanked me and moved on.
I waited a while longer before moving on myself.

I was about to type ‘nothing of interest’ to this system as well, but when I was about to click on the gate to the next system, I had to pause.
‘Smuggler route stargate’
That was unusual, I thought. I couldn’t remember a gate being named that way. So I had a look at the info.

The old smuggling route gates were built by a coalition of Minmatar rebels and various pirate factions as a means to travel quickly and discreetly between the outer regions of space. They are favored by many to whom Empire Space is too high-profile and wish to keep a good distance from the vigilant fleet commanders of CONCORD.

Interesting. Not sure what it means yet though, but I was about to travel through it. I thought I’d grab a couple quick photos, just for posterity. 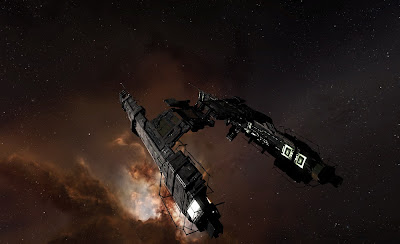 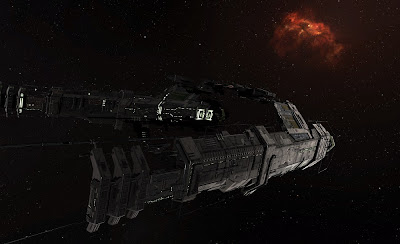 While I was taking photos a few people jumped through and flew on. Seemed to be busy. I wondered if Cache was Empire space, and this smuggler route stargate was a pathway to nullsec? Well, I’ll soon find out!
I warped to the gate and jumped through.
I6-SYN
Russians. I saw Russians. And a Gallente station. And a Territorial Claim Unit. And sovereignty was “Solar Fleet”.
I don’t think I’m in NPC space any more, Toto.
Now who do I contact to get access to the stations around here?
I reviewed today’s EPIC journey. How many systems did I jump through? Let’s count them. 24 systems! That’s a record so far for the most systems travelled through or entered in one day. Phew!
Oh wow, I just realised… On day 24 I jumped through 24 systems, finished off Great Wildlands, and entered Russian-controlled Cache. That’s a good day!
That’ll do for tonight. See you next time!
Bookmark the permalink.