An interview with a highsec griefer

One of the things I’ve enjoyed doing in the past is interviewing people I’ve met in my travels. I’m going to be doing that again, and my first interview this year is with:

Tenaris Zeratul of the Killmail Crusaders 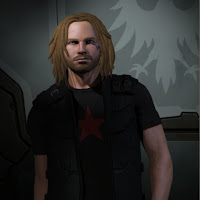 Hi Tenaris. Thanks for doing this interview with me, I really appreciate your time. First up, could you tell us briefly about your career choice to be a highsec griefer. What does that actually mean?

Well, a griefer is somebody who basically enjoys having fun at other peoples expense. So, a highsec griefer is exactly that: Somebody who griefs in high sec. This means all sorts of things. The array of activities that you could consider high sec griefing is quite expansive. Everything from can flipping, (Which still works to a degree), to safaris (Corp killing), and even newer emergent forms like duel spamming

What is ‘duel spamming’?

Duel spamming is abuse of the new dueling feature. You spam duel invites in the hope somebody accepts. I’ve had limitied success with them, I’ve actually gotten nightmares and orcas to duel my vindicator

So I’m curious…. You seem like a really nice guy, in the short time I’ve gotten to know you. Don’t get me wrong, I’m not one to judge you for your career choice… hell, I’ve been a -10 pirate in my time, but I’ve attacked targets that mostly know the risks. But for you, what do you enjoy about causing grief to people that don’t understand what they’re getting involved in. Why are you a ‘griefer’?

Well, I am actually a nice guy. I am very polite to my targets unless they get rude with me. I offer advice and tips. We also have a very strict “Don’t kill newbies” rule. We enjoy it in a lot of ways, because its good money, obviously. It’s also less time consuming than some forms of pvp. Low risk, high reward. It’s a lot of fun in that it’s also somewhat of a ‘hunt’ I guess.

People say, “Oh, well it’s like hunting a crippled rabbit” or whatever, but honostly, what’s the difference between hunting a rabbit and a lion? You kill both before they can fight back… It’s all about the hunt, finding out how people tick. And, when people are not polite to us, there are always the tears. I don’t know why, but something about getting told to get cancer and die just makes my day.

And how long have you been a griefer?

Well, I’ve dabbled in it for over a year, but I only went full time when I left lowsec about 6 months ago. In those 6 months I’ve done a bit of everything, I suppose. I started can flipping, moved to duels, and then settled onto safaris. We’ve also done some awoxing, but that’s lowsec so it doesn’t really count.

As far as income goes, it depends. You can have days where you kill a 18 billion isk Kronos, and you can have week long dry spells. But since it’s low risk, and you’re not spending money, it’s 100% profit.

Is there a particular kind of pilot you look for, or is it an ad hoc, spur of the moment process? Do you do any investigation of potential victims?

Well, we check killboards, see what they fly, and how they fit. We look for blingy ships, as well as any potential threat to us. As far as finding targets, we either just fly cloaked ships around or watch the recruitment channel

Is there any way a person can help themselves avoid being a victim of a griefer? What would you say helps you decide against targeting them?

Well, that depends on the type of griefing. So, I’ll answer this question in a few parts.

Earlier you said you’ve “done some awoxing”. Could you explain a bit about what that is?

Awoxing is where you infiltrate an alliance, and get into a position where somebody trusts you to fly with their ships. Then you wait for bling to show up, light a cyno, and pop them. We’ve only done this once though, so it’s not my area of expertise.

What is it that determines which alliance you infiltrate? What makes you pick them out?

Well, the one we did was because we had an easy mark who trusted me with his Chimera. But I’d imagine it’s a lot like a safari. You find a mark, make yourself look respectable and get in.

Do you just work with your main character, or do you work with a number of alts?

Well, most of us use alts, I personally don’t. You can make an alt for safaris in about the time it takes to train a Catalyst and a warp scrambler. I’ve seen 7 day old accounts in catalysts kill 5 year old toons in Rattlesnakes. Personally, I tend to be a bit blingy with my kills, I prefer Vindicators and Machariels. Though I also use Astartes and Dominix’s.

Have you ever wardec’d a corp or alliance as an act of griefing? If so, what makes you feel like they would be a good target for your wardec griefing?

Wardec griefing is something I did before the change to those mechanics, but generally we looked for active mining corps that couldn’t defend themselves. Then we’d keep the dec going until we killed 3 bil or they payed us 1 bil. Normally the former.

In your opinion, based on your experience of how you operate, what do you think a wardec’d corp could do that would allow them to successfully win a war that they didn’t choose? Please go into as much detail as you can. I’m sure many corps would find this bit invaluable.

With the new mechanics, you can open the wardec up for allies. There are a lot of corps who will assist you for free. You can also go to a wartime lockdown and just stay docked. giving them kills makes them want to renew the dec. You can also form your own pvp fleets if you think you can win. but whatever you do, do NOT disband your corp. That’s what they want, and if you do that they win. Stay with it. If people HAVE to be abe to mine/mission whatever, just leave corp for a week, and come back when the dec ends.

Is there anything else you would like to add before we finish this interview? Any other advice you have for people in relation to your career choice?

Be careful. EVE isn’t a game where everybody is here to love and hug you. People in this game want to ruin your experiance, and you need to be careful. That doen’t mean everybody is out to get you, but it does mean you should watch your back. This game is about the community, so listning to the “Everbody is out to get you” thing everybody says is a bit overkill, but you should take your time before doing anything where you might get hurt. Those 5 minutes spend checking the killboard of the corp you want to join can make the difference between finding a corp you will fly with for years to come, and losing your shiny navy raven.

One more question I have that just came to mind – what advice would you give for those who are considering a career as a griefer?

I’d tell you it’s not for everybody. A lot of people I help with their first gank never do it again because they feel bad. I’d say doing it does not make you a bad person, it just means that you will alienate a lot of people, and you will close some doors down the line. If you think you have the fortitude for it, there are a lot of ways to start. you can check out James 315’s blog, “Miner Bumping” for suicide ganks, or Psychotic Monk’s blog, “Belligerent Undesirables” for safaris and basically everything else.

Thank you for having me by the way, I love what you are doing and I hope you have safe travels. If you have other questions, or are looking to join a mining/missioning corp in high sec, feel free to send me a message in game, “Tenaris Zeratul”.

Thanks again Tenaris. I appreciate your time for this interview.

To you readers – if any of you would like to be interviewed about your career or activities, please contact me. I’d be happy to feature you on my blog!